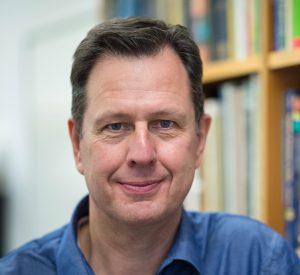 Preterites as past participles

In this paper I investigate a phenomenon that involves the use of the past tense forms of irregular verbs in lieu of past participles, as in the attested examples below:

The construction has been referred to as ‘preterite to past participle shift’ (Lass 1994), as ‘past for perfect’ (Wolfram 2003: 146), and as ‘past tense spreading’ (Geeraert and Newman 2015: 11). I will argue that these labels are unsatisfactory for a number of reasons, and will use the term ‘preterite as past participle’ (PaPP) instead.

I will first briefly discuss the long history of the PaPP construction in English, and will then investigate its use for a large number of verbs which differ in frequency in one of the megacorpora of English, namely the iWeb Corpus (Davies 2018–).

One of the findings of this research confirms Geeraert and Newman’s claim (2015) that the less frequent participles are more likely to be replaced by past tense forms. I will explore the hypothesis that as the distance between the auxiliary ‘have’ and the past participle increases, the chance of PaPP becomes greater. The hypothesis is confirmed by the finding that PaPP is more likely when the verbal sequence contains a negative element (e.g. ‘has not took’), adverb (e.g. ‘has probably took’) or more than one verb, especially a modal verb (e.g. ‘will have took’).